Among Us Game Tips And Tricks

Among Us Game Tips And Tricks 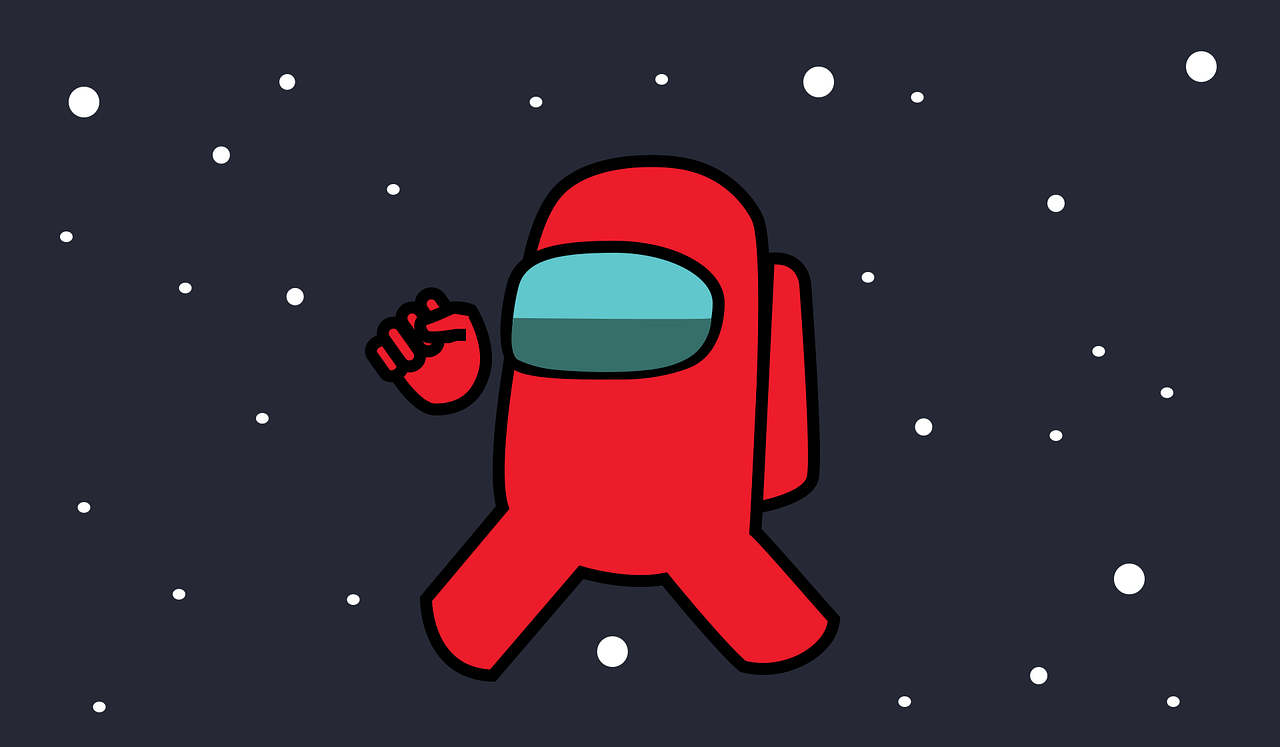 So, hello, friends, welcome back again to our blog. Nowadays, everyone started playing Among Us. Many streamers are also playing Among Us, and this game is very remarkable; this game is not new but an old game, but it went viral now (even after the Pubg ban). So in this article, I will show you how to play among us and will give you some essential Among Us Game Tips And Tricks that pro players use. So without any delay, let's get started.

Step1 First, you need to open the google play store on your android device

Step2 Now type Among us in the search bar.

Step 3 you will be able to see a list of games.

Step 4 now you can see the game is on the top of the list.

Step 1 First you need to visit the official website of among us from Here.

Step2 Simply click on among us game to proceed further.

Step3 Now you can buy among us game by clicking on buy on steam.

Also, do check out our earlier tricks

How to Play Among Us Game 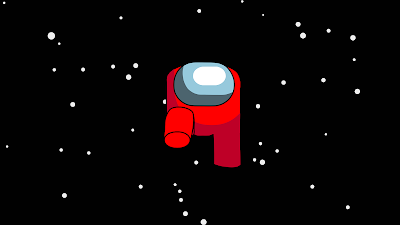 Before starting with the topic, if you are new to my blog, join my telegram, and drop your opinion on the "Among Us" game in the comment section.

For controls, we have two options touch screen and a joystick. I prefer the joystick for now. You can change the settings. This game is fun because you cannot talk much in between the game; in a total of 10 players, there can be two imposters, one imposter, or even three imposters. You can choose; accordingly, there are two types of teams-

Crewmates are regular people like us; they need to complete the tasks in the ship repair. The ship also fixes the sabotages. Also, crewmates report the dead body killed by the imposter or crewmates can also call for emergency meetings if you know who the impostor .

You either host your game or join any public fun also, or if you are playing with friends, you can join the private match. Just enter the game code here that your friends can also tell you can also select different maps and the number of imposters in the game.

Please do not join the first game as it gets filled, so you may not enter the competition. The game interface is simple; you can control your character from the joystick. Also, your name will be shown at the top of your head. You can also customize your character/avatar. You can choose any colors which are not taken by anyone else.

You can buy pets and skins from real money, But some hats are available for free, but many only kinds of stuff are not free. After dying, you can complete the essential missions, or impostors will win also. It's relatively easier to achieve the mission when you are dead as you can go through walls. So it's easy, and you need to achieve the mission faster, and you can only talk to dead guys lol, or else there won't be any fun

Among Us Tips and Tricks Which Will Make You a Pro 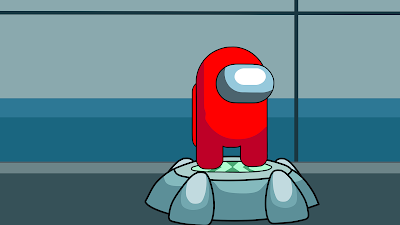 If you're playing among us with your friends, but every single time you're an imposter, they know it's you, it's so obvious you're making a bunch of mistakes left and right you have no idea what it feels like to be an epic imposter like me, of course, this is some pro tips for among us

1) The First tip as imposter learn the viewing distance of crewmates; you can quickly get away with kills right in front of crewmates if they're out of the viewing range.

2) Memorize where camera locations are; you might be on camera while killing.

4) As an imposter, if you are in vents, your kill cooldown won't go down at all, so you can't just chill in ducts and wait to kill.

5) Memorize which rooms vents go to; this can help deduce who the imposter is, and it's also beneficial when you are an imposter.

6) Sometimes, the vents kind of glitch out and move a little bit, and crewmates can see that you're in the vent, so watch out before exiting event crewmates can anticipate your arrival.

7) If visual tasks are on learning, which tasks have animations, like med bay asteroids and the garbage chute baking them with visual studies is not a good idea. You'll get caught immediately by a good player.

8) Don't fake tasks too quickly, so you're going to have to learn how long these tasks generally take ducky. That was a concise med bass scan you did there; you were there for like three seconds and then bumped off.

9) There are tasks called everyday tasks that everyone has, or nobody has, so be sure to keep track of people faking a task that nobody has or as an imposter, don't accidentally fake these tasks crewmates will know immediately that it's you.

10) Be consistent with how much you talk as a crewmate and as an imposter. It isn't super obvious when you're super silent one game and then super talkative another or consistently be inconsistent, which is a paradox. Still, some of you know what I mean.

11) It's usually good to let the person who finds the body talk first, but if somebody else knows where the body is without the person that reported even mentioning it, that might be a little sus.

12) Be cautious when defending your impostor teammates lie because if they get caught, it's pretty apparent that it's you.

13) Just because someone wasn't suspicious one round doesn't mean that they aren't an imposter. Only clear people you've seen do visual tasks, or if a double kill occurred and you were with them the whole time, then you're pretty confident it's not it's a double kill it's not Connie it's a double kill.

14) Since you can't communicate during the game, the little wiggle motion is an excellent way to get someone's attention as both an imposter.

15) Even crewmate imposters use doors more; they're memorable, you can do some sick plays with them.

16) If your imposter teammate is near you, prepare to go for a double kill; they have to trust that you'll do it, so be ready for it.

17) Don't ever give yourself up; you might be able to get away with it; trust in your self as an imposter. It would help if you tried to lie.

18) Keeping track of the green bar and seeing that it doesn't move can work to see if somebody's lying about doing their tasks but be aware that this does glitch from time to time.

19) When lights go off and multiple people are trying to fix it, don't all flip switches at once. Just let someone else fix it and wait unless you're an imposter. You can stall time by messing with the buttons.

20) Remember that as an imposter, when lights go off, the lights don't go out for you, so you can still see people don't say who you saw because if they didn't see you, they will know that you're the imposter say I couldn't see anyone the lights were off.

21) If both imposters area live and there are six people left, crewmates need to vote someone, or mathematically the imposters can double kill and win. You have to vote someone off. It's going to be a loss guaranteed if you don't, it's not yellow.

22) Learn the map so that you can better lie about the route you took as a crewmate; keep track of who was near you. Information is the key to victory.

24) Dead imposters should mess with doors and sabotage whenever the alive imposter forgets to sabotage but give them the chance to do it first.

25) If there is a large stack of people, you can go for a stacked kill, it's risky, but the chaos can probably eliminate a couple of crewmates.

26) If someone is suspiciously chasing you run, they can't catch up to you if you keep running, and eventually, they'll give up.

27) Self-reporting is not a bad strategy if used wisely. If everyone isn't accounted for, they won't immediately pounce on you, but it can backfire hard.

28) It's brilliant to stick with someone you trust this way. The only way you both die is with a double kill, but you also have strong alibis of each other.

29) If two imposters remain, this strategy can be twisted so that people think that it's both of you be prepared to defend yourself.

30) Keep your mouse over the report button when not doing tasks, so you don't accidentally get double killed. Be ready to press that button always.

31) Use the o2 or the reactor sabotage to split up groups; however, these become less powerful when there are fewer remaining people.

32) Lights are the strongest sabotage.

33) Many people don't think that comes that good of sabotage; however, it does disable cameras and the admin room, so it's underrated.

34) You can get many kills if you sabotage stuff away from the dead bodies to give yourself enough time for another kill to recharge.

35) As an imposter gaining someone's trust is key to staying alive as long as possible you can do this by consistently being with somebody and then breaking off fora little bit, getting a kill going back to them a lot of the time they'll have your trust.

36) The more detailed your alibi is, the more believable it becomes to make sure your story adds up.

37) Be prepared for glitches. They exist; they're annoying, but they happen.

38) It's recommended that you don't vote somebody off when there seven people left and there are two imposters. If you get it wrong, it gives the impostors a chance to double kill.

39) Also, don't forget to vote even if it's just a vote to skip. Sometimes you can kill your teammate by not voting.

Here is a list of cheesy strategies that are useful once in a while but are annoying because nobody can confirm if it's true or not.

b) I was lagging

c) sorry I was all tabbed out

d) I've never played this before

Many of these will work the first time, but they won't after a while, so use them wisely.

40) Keep track of who voted for whom this information can be useful later.

41) If only one person is suspicious of you end them if nobody paid attention, nobody will care you can be the best judge of that you all know your friends better than I do.

42) If you see someone vent, there's a good chance that you can't outrun them to the button because they can vent their way towards the button. Your best bet is to wait for a report or get lucky. Then at that point, it's time to scream.

If there are any Among Us Game Tips and Tricks that you want to give about, let me know in the comments below.